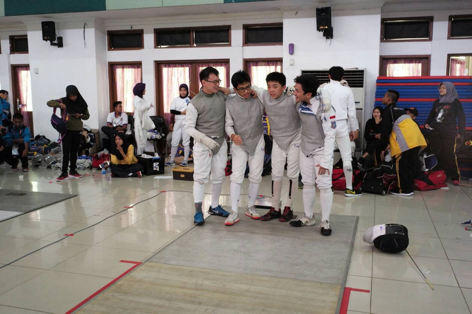 PORPROV or as otherwise known as Pekan Olahraga Provinsi is an event/competition held once every four years, and it is also held 2 years before PON (Pekan Olahraga Nasional) which is also held once in four years and it is held the same year as the Olympic games. The purpose of this competition is to select top athletes from a particular province to qualify for another selection for PON. PORPROV is usually held in a particular province which is divided into several districts. Banten has 5 districts in total which are namely; Kota Tangerang, Kota Tangerang Selatan, Cilegon, Serang, and Kabupaten Tangerang.

Nicolas fenced in three categories, Men’s Individual Foil, Men’s team Foil, and men’s team epee. In the men’s individual foil, Nicolas fought from the round of 16 up to the semi-final where he lost against one of the strongest fencers in the province. In the men’s team foil, Nicolas(representing Kota Tangerang Selatan) went against Kabupaten Tangerang in the semi-final. The round ended in a very close match of 45-42 with Kota Tangerang Selatan awarded the victory. But then, we fell short when we were going against Kota Tangerang which ended up in us losing the fight.

Andrean on the other hand, fenced 2 categories in the event, Men’s Individual Epee, and Men’s Team Epee. At the start of the round of 16, Andrean went against an athlete from Kota Tangerang. It was one of the most spectacular matches of the competition which many people exclaimed that the particular fight should’ve been in the final round. It was like cats and dogs chasing each other as points increase constantly by each touch when the round turned into a sudden death round at the score of 10-10. Andrean lost the round 11-10 at the very last second in what could’ve been the biggest relief of his life if he had won. But that is the experience that he will never forget. In the team event, both brothers from IULI fenced in the Men’s Team Epee category and proceeded to the semi-final against Cilegon. The round started off smoothly but went wrong in the end for Kota Tangerang Selatan as there was a minor miscommunication in the round.

Unfortunately, we didn’t get any gold medals but we did come home with a total of 3 bronze medals and 1 silver medal which we are very grateful for after all the sweat and tears we’ve sacrificed for this particular event. We hope that we can continue our journey and earn some more medals. 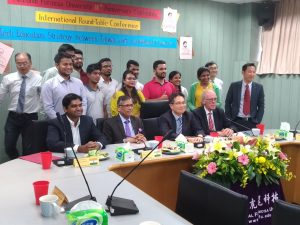 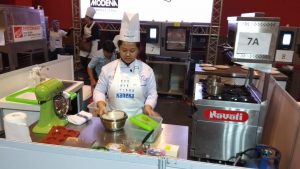 Chapter 1: Meet Layla, Rio, and Me. I don’t think it’s normal for people to have supernatural powers. I have...

I remember how we cuddled on Sunday morning under the blanket in our small bedroom in that apartment, the one...

One of HTM student batch 2018, Adawiyah has got an appreciation as one of best trainee at Ritz Carlton Pacific...