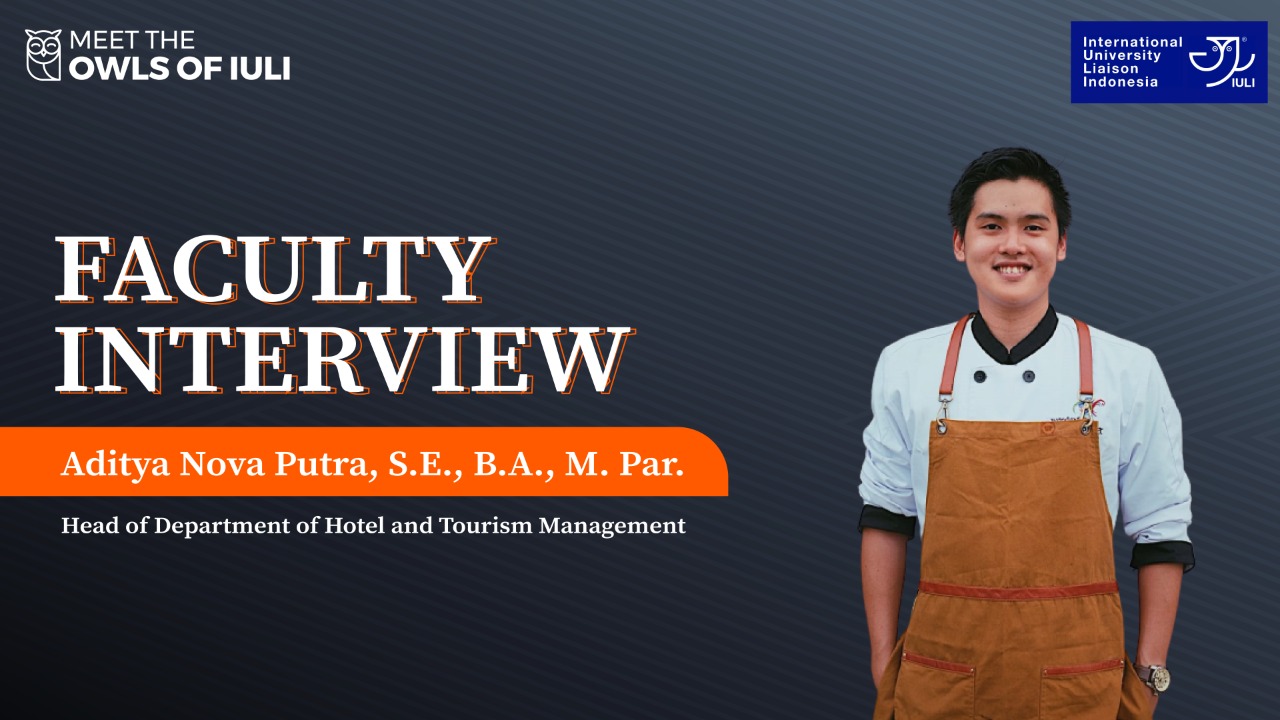 IULI’s youngest head of department, Mr. Aditya Nova Putra, has made quite an impression in the tourism and hospitality industry in Indonesia. Born in West Borneo, 1 November 1992, the head of The Hotel and Tourism Management study program at IULI has become an inspiration to his students in becoming a successful professional at a young age.

Mr. Aditya, obtained his bachelor degree from Swiss German University, where he majored in Hotel and Tourism Management.  After he completed his bachelor degree, he established his own food and beverage business, called “Tutup Panci” in BSD, South Tangerang when he was only 19 years old. He has also worked in several restaurants and he has also been working on some projects with the Indonesian Ministry of Tourism. Mr. Aditya pursued his Master Degree in 2016 with the focus on Indonesian Gastronomy at STP Trisakti. Currently he is pursuing his doctoral degree as well, with the focus on sustainable tourism at STP Trisakti.

“I’m specialized in food and beverage management, in terms of conducting menu development, food presentation, food cross calculation, menu engineering as well as building businesses in the food and beverage industry from scratch”, he says.

Mr. Aditya, who is currently working on his PhD, has always been interested in Indonesian Gastronomy, where the originality of Indonesian food is always integrated with the culture. “Currently I have been working on my research for my doctoral program; it’s about food and culture of “peranakan” in Indonesia. This topic has always motivated me to look up the story behind the food, since we can see that behind Indonesian food there is a story behind it, in terms of history, geographical aspects and indigenous people”, he elaborates.  He believes that food and tourism in Indonesia have much more potential to be to be developed in the next 10 years. “If we are talking more about the purpose of visiting some of tourist attractions in Indonesia or abroad, tourists at the moment would seek for new experiences instead of just eating food for fulfilling their needs. They would really like to be directly involved with the local culture itself to make a memorable tourism experience. So apparently, I believe as a human beings, people would love to have an interaction, whether it’s with the local culture itself or even with the general culture”.

Mr. Aditya joined IULI in 2016 and he has witnessed a rapid growth in the past few years. “Currently IULI has several partner universities abroad where the programs have changed for students to obtain a double degree or Master Degree. I truly believe, in the next 10 years, IULI will have some competitive advantage as one of the international universities in Indonesia in terms of building good partnership cooperation with several companies and several universities around the world”.

In this digital transformation era, he believes that all people can access and obtain information easily from the internet. For the next generation itself, according to Mr. Aditya, the hospitality industry will still be one of the favourite industries to be chosen. “Basically, simply, all the jobs in this modern era have been expanded widely, because of the internet. Instead of doing the conventional job as workers in the hospitality industry, the people are also be able to accelerate themselves by choosing their career in the future, which is integrated in the modern era. For instance, they can choose to be travel bloggers, food writers or reviewers, travel consultants, food content creators, food digital marketers and still many more.

At a young age Mr. Aditya has achieved many milestones. One of them is becoming a represented diplomacy chef in Luuoyang China in relation with the ministry of tourism Indonesia(Kemenparekraf) in 2017. Another achievement is being a represented chef in the ministry of Industry (kementrian perindustrian RI) to train all small medium enterprises in the food and beverage industry in 2019. Not only that, he also won a silver medal in the Sial National cooking competition for the Indonesian Gastronomy set menu. However, his passion for the tourism and hospitality industry did not stop there. In 2020, he also worked with some members of the ministry of labour (Kemnaker RI) to accelerate all the entrepreneurs in Indonesia. Furthermore, he has also worked on some projects as a represented speaker with the Indonesian Ministry of telecommunication & informatics (Kominfo) to share and spread Indonesian culture through digital literacy in 2021. Mr. Aditya is definitely unstoppable when it comes to his love and passion for his work. Even during the pandemic, he successfully operated 10 branches of an outlet and is still going for 3 more food and beverage brands this year.

Other than that, Mr. Aditya has also published books with the titles “Physical Menu Design as an Important Marketing Tool in Restaurants” in 2015, “Tampilan & Kualitas Makanan = Kepuasan Pelannggan” in 2019, and “The Mixtures of Food Display and Food Quality” in 2021.

In his free time, Mr. Aditya is still very much involved with his passion for food and tourism. “Basically, what I have been doing in my free time is experimenting and making some new recipes to be developed for my food and beverage business and I really love to look for the new culinary experiences and I try to eat something new with my family. Since I noticed that the food and beverage industry is really dynamic and rapidly changing, I also have to be updated with the current condition in the market”.

If you have a passion for the tourism and hospitality industry like Mr. Aditya, apply to our Hotel and Tourism Management study program now to experience studying to become a successful professional in the industry and also to gain international experience by doing an Internship abroad: https://pmb.iuli.ac.id/ 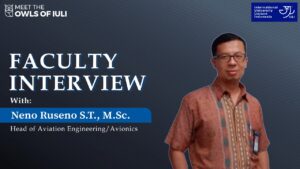 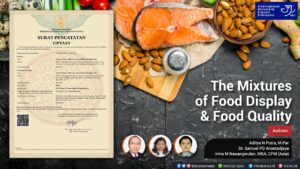