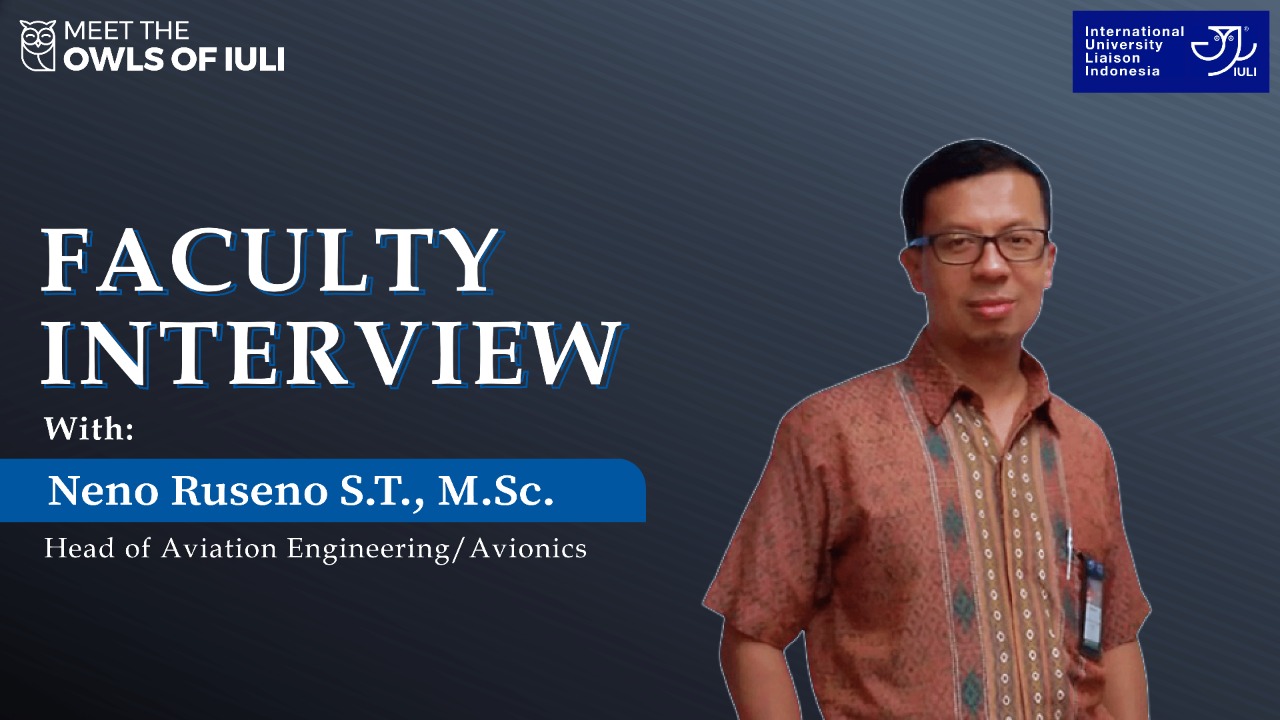 IULI’s head of Aviation Engineering Study Program, Mr. Neno Ruseno, was born on 9th December, 1976 in Ciamis, West Java. He graduated from Bandung Institute of Technology (ITB) with Cumlaude predicate and received his bachelor degree in Aeronautical Engineering, then he acquired two Master Degrees, one in Industrial and System Engineering from the National University of Singapore, and the second one was a double degree program acquired through an Erasmus Mundus scholarship from the European Union, in Aeronautical Engineering from TU Muenchen, Germany and Cranfield University, UK. Currently, Mr. Neno is pursuing his PhD program in National Formosa University, in Taiwan.

His fields of research are flight operations and unmanned aerial system traffic management. “For Unmanned Aerial System (UAS) traffic management (UTM) in the future, we will see more UAS in daily life, especially in the transportation and the surveillance system so the UTM systems will make sure that the safety and effectiveness of the traffic operation,” he elaborates. He has also published many academic papers and journals that he contributed to the Aviation Industry.

Mr. Neno joined IULI as the head of the Aviation Engineering Study Program in 2015, when IULI was first established. In his lectures, he specializes in aircraft systems and components, Phyton programming, flight navigation, airport systems, engineering mathematics and research methodology.

“IULI is a university that offers unique opportunities for each student, which is the exposure to the international environment, which are in terms of study and also daily life and hopefully they will become part of the international community and will have a better future,” he says.

In his free time Mr. Neno likes to play sports and building UAVs. “My hobbies are playing sports, especially table tennis and badminton and I also like to play with UAV, especially building it and flying it”.

If you are interested in becoming an aviation engineer or pilot, apply to IULI’s Aviation Engineering Bachelor Program now: pmb.iuli.ac.id

We also offer a 3+2 Master degree program in Aviation Engineering, in collaboration with the National Formosa University, Taiwan. 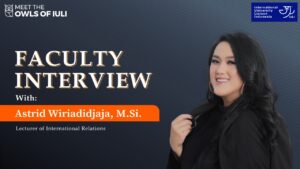 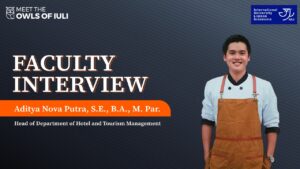 IULI’s youngest head of department, Mr. Aditya Nova Putra, has made quite an impression in the tourism and hospitality industry...

Long before she stood before eager university students as a lecturer of International Relations, Miss Astrid Wiriadidjaja has had a...

What comes to your mind when you hear about food made from 'meat'? Surely you immediately imagine the delicious and...

In this growing digital era, along with the reverberations of industry 4.0, Virtual Factory is an important area to learn...

Dr. Samuel PD Anantadjaya (Dr. Sam) is the dean of the Business and Social Sciences Faculty and also head of...