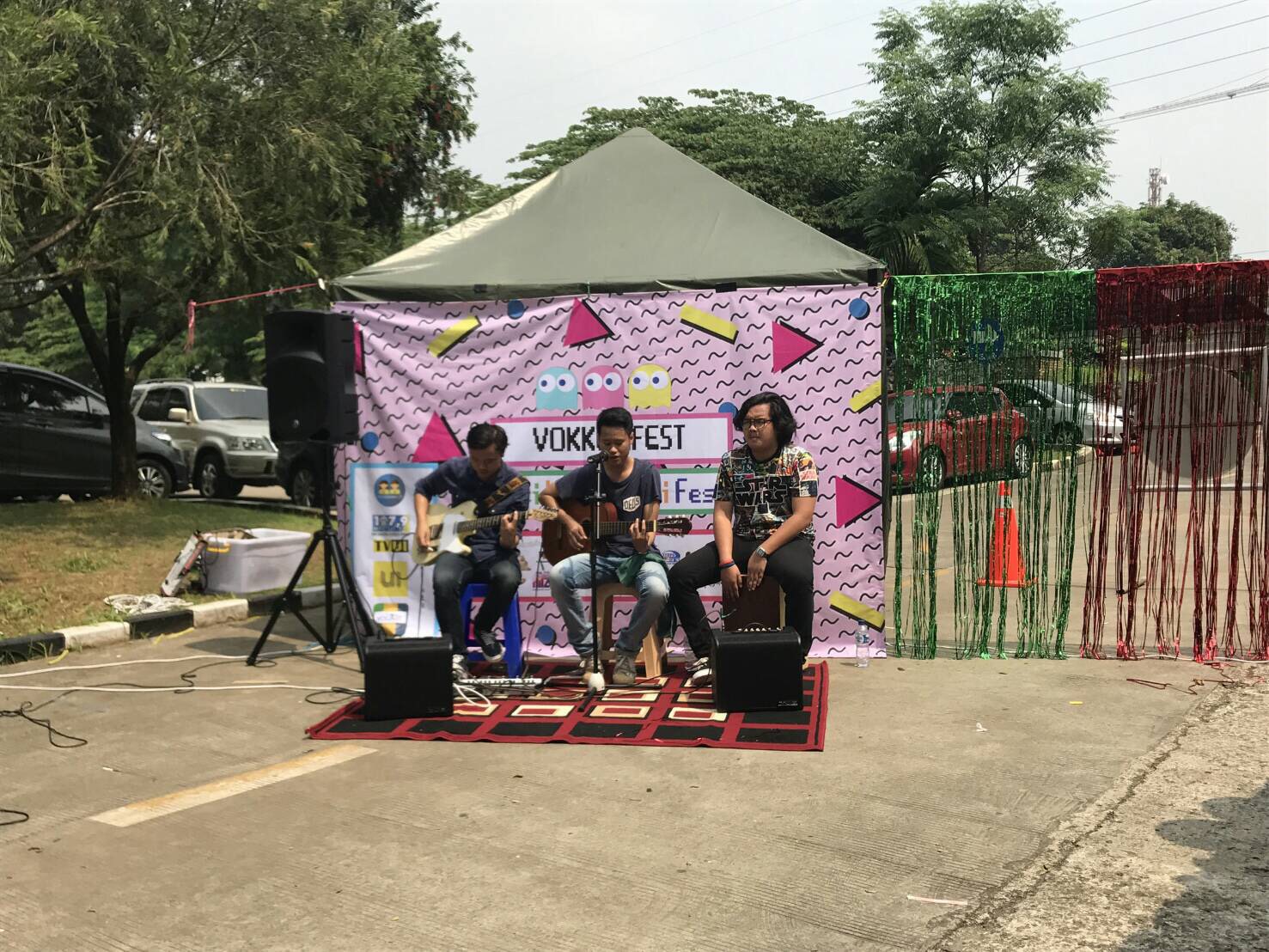 A wide range of students can be found in IULI. Different interests and passions are seen through student’s enthusiasm for non-academic activities, including music. On May 14th, 2017, three IULI students had the chance to perform at the Vokkom Fest held by Universitas Indonesia. Handoko Halim from Hotel & Tourism Management,  Bhisma Said from Food Techonology and Aulia Sjahrul from Management were given the chance to take part in the annual event in one of Indonesia’s most famous universities.

Handoko, Bhisma and Aulia came up with a name to mark the trio’s formation: Fuzzgarten. These students were keen to collaborate musically regardless of their separate study programs. For the event itself, the theme was the 90’s. Eventually it gave the trio an opportunity to take a nostalgic look at a previous era.  Songs played included iconic tunes from the likes of Oasis and Radiohead.

Handoko shared his experience stating, “the event is just a fraction of what we are planning to do. It can be seen that even though every day we are studying different subjects, we are brought together by one common interest: Music. Aul, Bhisma and I were so excited because we were invited to the event.  The fact that IULI was recognized by a more established institution makes me so proud”.

“The biggest challenge was to synchronize our rehearsals. Our timetables are very different so finding common time was not easy. However, our common love of music made us find way to make the best of it. This was our first time together, but I am definitely looking for more events like this with more people from IULI,” confessed Bhisma Said from Food Technology.

This performance gained positive feedback both from the audience and IULI colleagues. Music can be a great platform for students who share a passion, which is why this will not be the last time they will play together! (Rama-MGT 2015, SaP & MiE) 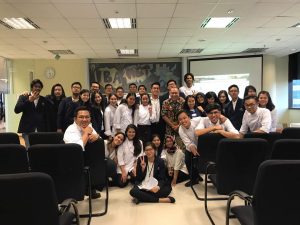 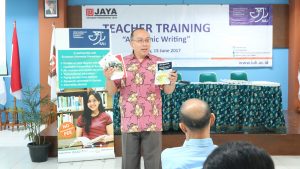